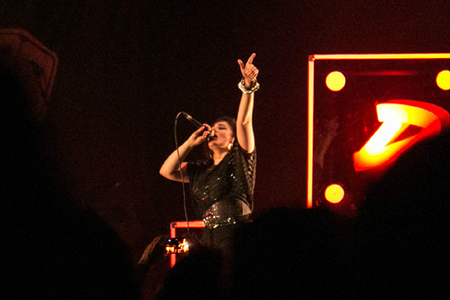 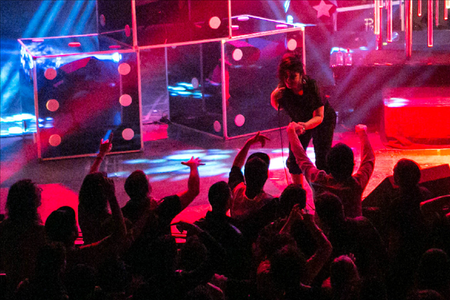 Miss Trouble is a singer, rapper and emcee from West London who has been ripping up stages across the globe within a vast array of genres for over 2 decades. From drum & bass to jazz, rock to hip hop, Miss Trouble has performed with some of the world’s greatest musicians ranging from the legendary DJ Fresh to Jazz innovator, Erik Truffaz.

From early residencies in 2003 at Middlesex University and DJ SS's Formation Records' events, Miss T created her foundation training ground, playing at rammed out drum and bass parties around the North of England alongside some of the biggest names in the business. It was at this time that she had her first ever record released with DJ Clipz on Full Cycle.

In 2005 Miss Trouble's vocal talents were picked up and signed by renowned dance label Funkatech Records releasing top selling collaborations with Specimen A, PYRAMID, Dj Mutiny, The Breakfastaz, The Rogue Element and many more. Her vocal-led dance tracks have been featured on compilations by the likes of Ministry Of Sound & Hed Kandi.­

Performing regularly on various pirate radio stations and gaining a name for herself in the d&b scene. In June 2006 she appeared live on BBC 1Xtra as part of L Double's MC Sessions with a feature about hot female D&B talent.

Soon after, Miss T joined the line-up on legendary London pirate station Kool FM­ with a Friday evening show with DJ Turbulence, followed by her debut appearance on DnB Arena TV featuring on a 4hr Set with S.P.Y & Subterra.

Miss Trouble started to get noticed outside of the UK market and was invited to play across Europe, growing a firm fanbase in France. In late 2008 Miss Trouble teamed up with the French Queen of Drum & Bass, Elisa Do Brasil. They created a dynamic DJ & MC combo, releasing and touring two albums and rocked crowds all over France and New Caledonia.

In 2013 Miss Trouble joined Futurebound's camp and secured an emcee residency at their Viper Recordings club nights. After already having released “Infatuation” on their Summer Slammers 2010 compilation, Miss T released a gnarly full vocal-led neurofunk track entitled “Metamorphosis” with highly acclaimed producer InsideInfo. Together they climbed the Beatport d&b chart holding the #2 spot for 5 weeks. The support for this track has been immense gaining over a million views on YouTube and is still highly requested to this day.

2016 saw the comeback of the InsideInfo & Miss Trouble combo with "Revolution" being released ahead of InsideInfo's debut album in early 2017. It also brought a stream of Viper:Live shows including an unforgettable 6 hour performance at Let It Roll Festival in Czech Republic.

Since then Miss Trouble has collabed and released music with Muzzy, Flite, Maztek, Mindscape, Synergy, Dub Elements, Krafty Kutz & Dynamite MC. She has been the curator and host for the monthly Viper podcast, made her Room 1 debut at Fabric, featured as the only female MC on Mollie Collins' Kiss Fresh MC Supersessions show alongside Skibadee, IC3, Inja and many more, made her debut at ADE with 2 shows under her belt, and headlined shows in Germany and world famous Paris' Rex Club. Fans will be excited to know Miss Trouble has her debut album in the works! 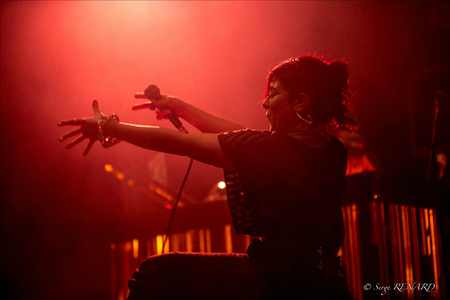 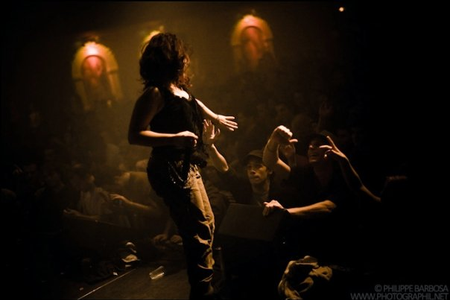 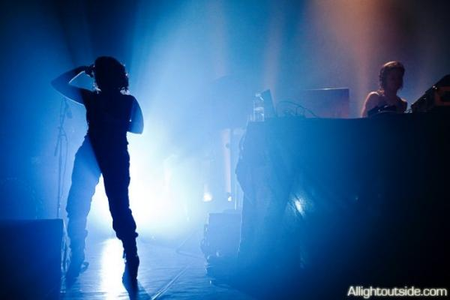