This episode is straight up swag lyrical fire from Hypeman Sage and your usual hosts :) With a kickass beat by Rhino - enjoy!​

Gorgeous d&b summery vibes from Misses U and Messy over an equally lush instrumental provided by I Am Doomed aka Dorian.

What a fire episode! Badboy Miscellaneous from Chill Bump is back for his second episode, and he couldn't wait to tear this one down. High energy beat from Hush. So dope!

The super talented Green T from ASM joins us in a lyrical onslaught alongside Rhum One punching the buttons.

Up tempo vibes swarm on this episode - featuring a lyrical sprayout from Jakeavelli and Mad Hed City's swaggy lyrics. Beat by Tru Fonix.

We invited our drummer mates Rom-D and Mathis Richet to come and hang with us on an organic episode! We're missing live music so, well, here's the next best thing! Beat by Rhum One.

Youthstar and Trouble are back with a super fun episode featuring Too many T's with music provided by Rhum One. Check it Out!​

How amazing is this!! Gonna be holding the mic down at the world famous EDC Mexico alongside Matrix & Futurebound! I am so so excited, and to top it off my sister, mum and aunty are coming to watch! Living the dream...

With shows cancelled and artists' lives grinded to a hault, I visioned a concept to collaborate with other emcees, rappers, vocalists, producers and musicians to create a series of viral style videos (pun intended) to infect us with good vibes. I hit up emcee Youthstar to partner with me and he could not wait to get the thing started! Max respect to him for bringing his superb energy and connections to the project, with our in house video editor Denis Magalon and Chinese Man Records fully supporting. Links: 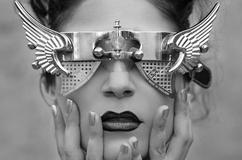 A super episode featuring legendary DMC champion Dj Netik! Alongside D&B MC Linguistics and Jackson Mathod who plays for Stormzy on the trumpet. Plus Senbei putting his beat into action on the MPC.

Yes people we are back with an amazing episode ft the Lightbeats on drums and an awesome breakbeat track by Hankook. Watch the crazy visuals!

Kicking off the series with this chilled hip hop track from Carlos Martinez - a much needed feel good factor right now! So happy to have in the house these two amazing emcees: FP and Miscellaneous. Check it! Over 45k views!

Sweet vibes reaching from Colombia! We collaborated with MC Muss and DJ Tornall representing the Peligrosos Crew for our latest episode. Beat is by Rat Race. So dope, check it!​

A proper hiphop beat for the older heads - check out Weston putting it down alongside Rhino on the decks, plus your usual hosts Youthstar & Miss T.

Unleashing this shredder to the world as part of Muzz's forthcoming debut album. The Warehouse features Miss T and PAV4N from Foreign Beggars on a b2b lyrical journey. ​

What a rush to be performing live again! Muzz has put together an amazing visual experience with a full band and lightshow. Catch me performing the Warehouse around 35 mins in!  ​

Super gassed to unleash this one! Launching on Sub Zero's label Propaganda, Buffalo Stance pays homage to one of my idols. Out exclusively on Beatport for 2 weeks and everywhere else after.​

So so proud of this episode words cannot begin to express. 18 of the most respected emcees and vocalists came out to show their love and lyrics in support of the black lives matter movement.

Big respect to Armanni Reign for touching down for his second episode with the Clique. A veteran MC reppin' the US, we were gassed about going b2b with him alongside DJ Pone on the buttons.

The French episode - Yoshi from Chinese Man Records along with Dab Rozer dropped by with some French bars for us. Can't resist that accent! Music by Tru Fonix

So excited to be hosting for Viper in Vienna! Gonna be a crazy one flying back from Mexico, shower in the airport lounge and hop onto a flight to Vienna and pretty much straight to the stage! Love my job :)

A nod to the jungle hey day, this one is sure to get you moving on the dancefloor with a dubby congo bonanza that will take you high!